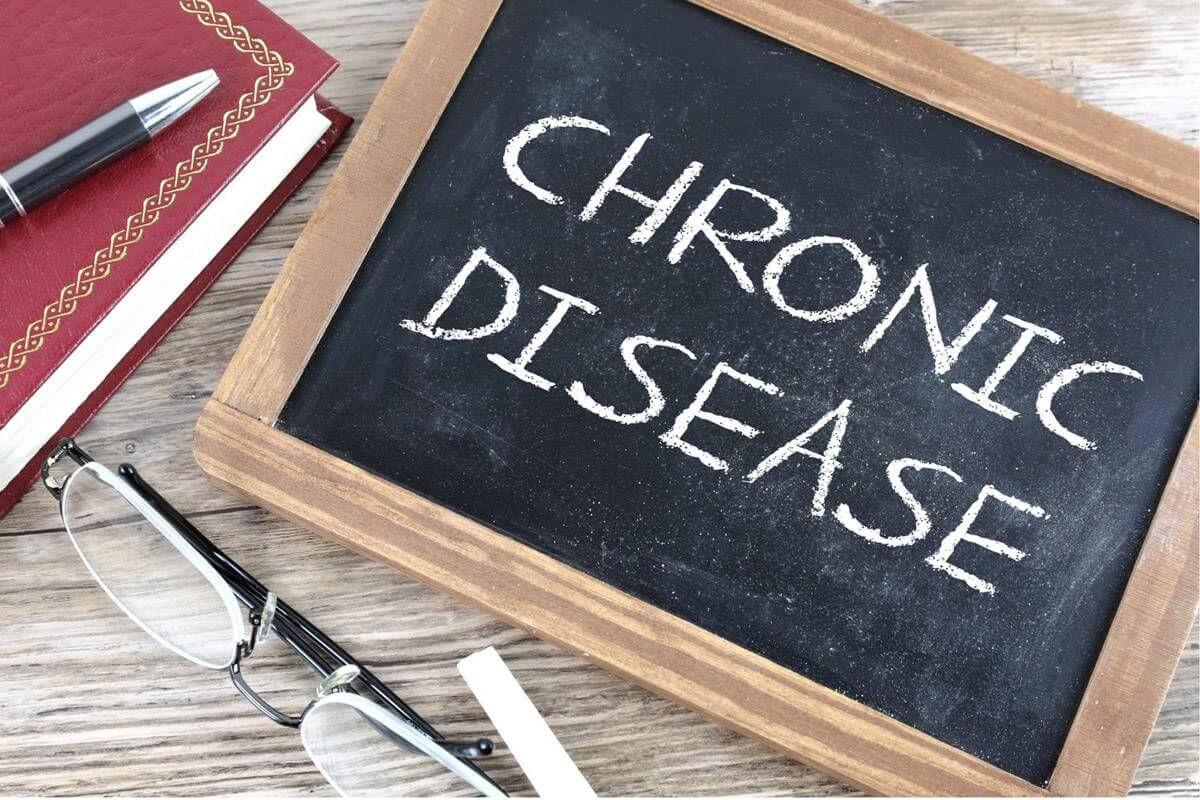 It can occur together with other symptoms of depression or mental health issues, such as sobbing, losing interest in once-fun activities, having trouble sleeping or eating, or crying. Some common symptoms of dysphoria are:

People who have dysphoria also seem to have different ways of thinking. A 2019 study in Psychiatry Research found that people with dysphoria thought about the future more often.

Having feelings of dysphoria can be caused by several different things. Here are some of them:

People often feel sad or down after having a heart attack, being told they have cancer, or trying to deal with a long-term condition like pain. It may be hard to adjust to a new reality and deal with the changes and ongoing treatment that come with the diagnosis. You may have new limits on what you can do and feel worried or stressed about how medicine will go and what the future holds. Some of your favorite things, like hiking or gardening, may be harder to do.

Sadness is normal, but if it lasts longer than a couple of weeks, along with other symptoms, you may have depression. Dysphoria makes it hard to get through the day and enjoy family, friends, work, and free time. Some of the signs of dysphoria are:

The same things that make dysphoria more likely in healthy people also make it more likely in people with other health problems, especially if those problems are long-term (long-lasting or persistent). Parkinson’s disease and stroke cause changes in the brain. In some cases, these changes might cause dysphoria directly. Its symptoms can also be brought on by stress and anxiety caused by an illness.

Chronic illnesses are mental or physical health problems that last longer than a year and must be treated by a doctor regularly or make it hard to do daily things. About 48 million Americans have one or more long-term illnesses. Dysphoria is common in people with long-term diseases like:

After being told they have a medical illness, some people may show signs of depression. Those symptoms may disappear as the person gets used to the other condition or gets treatment. Some of the medicines used to treat the disease can also cause depression.

The psychological impact of chronic illness

Getting a diagnosis of a chronic condition and taking care of it over time can mean making significant changes in your life. Depending on the situation, a chronic illness can change a person’s daily routines, ability to work, relationships, plans for the future, or even how they see themselves.

Depending on the illness, a person with a chronic disease may be unable to do things that used to help their mental health, like exercise, socializing, hobbies, or sex. Any of these changes can be hard on your emotions, and like other significant events in your life, they may make you feel depressed.

Chronic illnesses may cause dysphoria because they change the way the body works, as well as because they can affect mental health. For example, depression can be a sign of a disease that affects hormones, neurotransmitters, or the way the brain works. Some medicines that help treat physical illnesses can also change how a person feels. Corticosteroids, beta-blockers, and stimulants are a few common examples.

The social, cultural, and economic situations of a person, as well as their environment, have a significant effect on their health. This can have several effects on people with long-term illnesses.

People with any mental or physical condition that lasts for a long time can face several financial problems, such as:

People with chronic illnesses may find it hard to get to medical appointments, especially if they are tired, in pain, or need help getting around. For some people, this could add to the stress of dealing with the condition, making them feel worse.

A physical or mental health problem can make it harder to take care of yourself. Known Source. Depending on the situation, people may forget to take their medications, have trouble cooking or eating well-balanced meals, or find it harder to stay active. This could make it more likely that you’ll get sick again.

A diabetes diagnosis can feel like a threat to a person’s health and their way of life since taking care of diabetes means making changes to your daily routine. Your doctor may tell you to change your diet by eating certain foods, avoiding sugary drinks, or limiting how much alcohol you drink. This can be hard for anyone, with or without diabetes. At first, it can be hard to remember to do things like track blood sugar and insulin levels. These changes can be complex on your emotions, and you may start to feel a little off or have very little energy left to do things that are important for taking care of your condition. Doctor’s appointments can take time away from work, and the costs of getting the right care can be high. Fear of changes in blood sugar can be very stressful. Blood sugar changes can cause mood swings and other mental symptoms like fatigue, trouble thinking clearly, and anxiety.

Cancer can affect more than just your body. It can also affect your mind, and for many people, this can significantly affect their emotional health. When someone finds out they have cancer, it can dramatically affect them and their loved ones. It’s common for them to feel sad. But it is important to remember that there is hope and help and that many cases of mental illness can be treated.

Everyone knows it is better to find cancer at stage one rather than stage four. The same is true for problems with mental health. Many people with cancer aren’t told that they might get a mental health problem like dysphoria; even if they are, they don’t get treatment for it.

When you have HIV or AIDS, taking care of your physical and psychological health is essential. A serious illness like HIV/AIDS can have a significant emotional effect on your life. You might have to deal with the reality of living with a chronic disease and take care of any mental health problems that might come up. Not everyone with HIV will face these problems, but it is necessary to have a well-thought-out treatment plan for those who do.

HIV/AIDS Can Increase The Risk Of Mental Health Conditions

Even though mental health problems are common in the United States, people with HIV are more likely to have them than people who don’t have HIV. HIV makes it more likely that someone will have a mental health problem because it causes a lot of inflammation in the body. The body’s fight against the virus causes inflammation in the whole brain, including the lining. This causes brain tissue and blood vessels to irritated and swell, leading to long-term non-traumatic brain damage. Brain damage is a known risk factor for developing a mental health condition.

Because HIV affects the immune system, you are more likely to get infections like pneumonia and tuberculosis, which also affect your brain and nervous system. This can then make people act and work differently. Most of the time, changes in the nervous system don’t happen until HIV has progressed to AIDS. About half of adults with AIDS have neurological problems caused by HIV.

We will all feel physical or emotional pain at some point in our lives, whether from an illness, an injury, or something upsetting. Even though most of us would instead not feel pain, it does serve a sound, “protective” purpose. For example, when you feel pain, your brain tells you to stop doing whatever hurts you. This keeps your body from getting hurt even more.

Pain, on the other hand, isn’t supposed to last for a long time. Acute pain is pain that usually lasts less than 3 to 6 months. This is the kind of pain that most of us have. For some people, pain can last longer than the usual 3 to 6 months or go away and then come back. This can be not nice for a person’s health and well-being. This is called persistent pain or chronic pain. Pain that lasts longer than it should is called chronic pain or constant pain. Chronic pain is often linked to other health problems, like depression, which lowers the quality of life.

It is the most common type of arthritis. It usually affects the hands, knees, hips, and spine. Osteoarthritis, however, can affect any joint and cause deformity and long-term disability. Those with arthritis are more likely to have a certain mood and anxiety disorder than those without arthritis.

Fibromyalgia (FM) is a chronic, multi-symptom disease in which the brain and spinal cord process pain signals differently. If you have FM, touch or movement that doesn’t hurt other people may hurt you, or something that impairs a person without FM only a little bit may hurt you a lot. FM is linked to pain in many muscles and bones, tender spots, and general tiredness. FM affects about 2% to 4% of the general population, and more than 90% of those who have it are women. Pain is probably the most crucial symptom of FM. FM usually affects your mental health, ability to interact with other people, energy, and overall health. It was found that the risk of dysphoria in women with FM seemed to be about five times higher than in the general population.

Multiple sclerosis, or MS, is nerve damage that makes it hard for the brain and the rest of the body to talk to each other. It is the most common chronic disease of the central nervous system (CNS) that makes young adults unable to work. In Western countries, it affects 1 in 1,000 people. When you have MS and dysphoria, your social support and family systems can be messed up. Depression can also make it hard to do things, like spending more time away from work.

Most people are familiar with a mild ache in the back or neck that can be caused by muscle strain, sleeping in an awkward position, carrying heavy objects, trauma, or stress. Back or neck pain is not very common, but it can signify something serious like meningitis or cancer. Some of the symptoms of this kind of pain could mean that a nerve root or the spinal cord is not as healthy as it should be.

These symptoms can include pain, tingling, numbness, or weakness in the shoulders, arms, or hands; neurological problems with balance, walking, coordination, or bladder and bowel control; fever or chills; and other troublesome symptoms. But these symptoms can also be signs of other serious health problems, like a heart attack in women. If you have any of these symptoms, you should always talk to your doctor first. People with back or neck pain were more likely to have mental health problems than people without pain.

Awareness of the link between the head and the heart is essential. Newer research shows that biological and chemical factors that cause mental health problems like dysphoria can also make you more likely to get heart disease.

This may be a good place to introduce yourself and your site or include some credits.